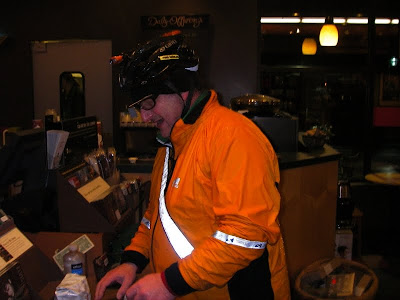 Well a few of us headed out on New Year's day for a 200K from Olympia that went out and back along the Hood Canal. Once again, it was wet.

We are pretty sure people in cars thought we were doing our one ride of the year as part of some some quickly fading new year's resolution.

Dr. Codfish set the hook, and we all rolled out in good spirits.

Codfish and Boothby beat me to the Blog.

It never ceases to amaze me how comfortable one can be in lousy conditions with the right clothing. Some clothing, however, is just not right.

One really really rotten piece of clothing are my Gore Bike gloves. They have a small issue when they are wet.

No big deal, but when wet, you simply can not put them back on.

The liner gets so sticky it's just impossible to get your hand back in. Well not impossible; you can work your hand back in over, say, a couple of hours. Perhaps I'm not using them as intended, I mean who would ride Gore Bike gloves on a bike in the rain; that's just crazy.

Ok, whining out of the way.

The guys at Hoodsport Coffee Company win the best coffee control award. They are just the friendliest folks ever.

The control in Brinnon was a little less cozy, but they had this beverage that sure seemed like it would get you home; I went with the microwaved Frappuccino instead. 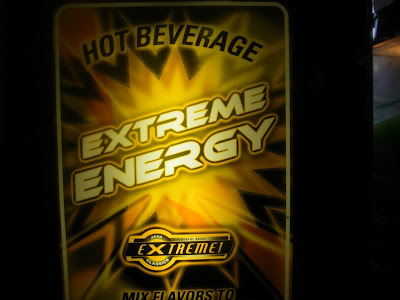 It was pretty windy, and at one point a big branch came crashing through the trees and landed on the road in front of me. Luckily, only this moss landed on my cue sheet. For you kids on Facebook, you already know that it's only rando if I ate it or used it as insulation in my shoes. 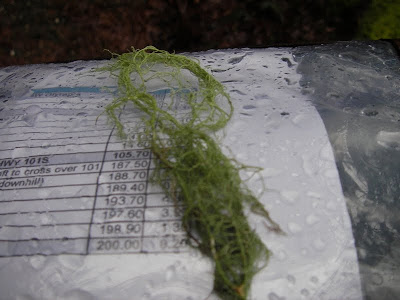 I was well fed on bagels at this point in our little adventure, so I didn't even think to eat it. Perhaps it would be a good substitute for the miracle trace elements found in Endurolytes? In the Pacific NW, the moss grows on all points of the compass. Sadly, you can't navigate by moss. 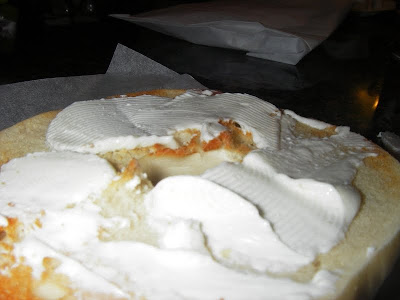 Boothby was a bit smug about his dry clothes in Hoodsport. He was smug enough that Ken, Lyn, and Chris attacked on this hill when they realized that his pannier, avec wet clothes, weighed about as much as Don. 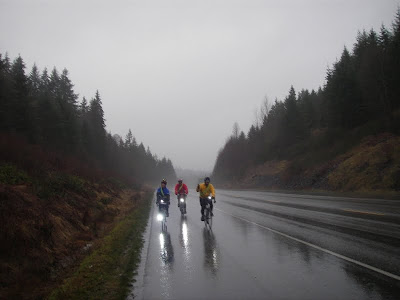 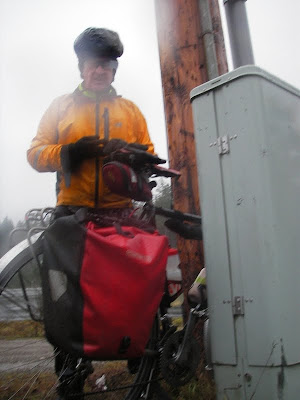 The Boothby is the official winner of That's Rando! Congratulations, Don!

I almost didn't have a winner because I couldn't take my hand out of my glove to get a picture. At this point Ken took pity on me and lent me these really cool gloves that you can actually use in the rain. I know!