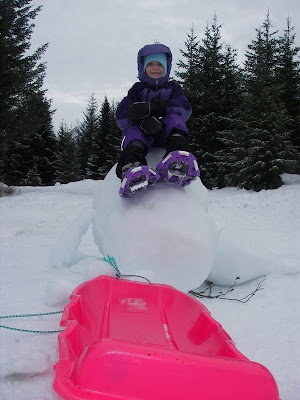 No, Munchkinhead didn't ride the 200k, but she did play in the snow. With the requisite kid picture out of the way, we return to our regularly scheduled ride report.

"I'd hate to wait for the longest night of the year and then miss it." - Me

"You know the night time is the right time." - John Fogerty

Enough already, you get the point. All night permanent Sunday night to greet the winter solstice at 9:30 Monday morning.

(There was a complete lack of Photoshop this year. All of these images are straight from the camera.)

TRFKAF did a nice report here.

We rolled out into a pretty good rain. I'm always amazed how comfortable one can be in nasty conditions with the right clothing. If you read the rabbit's report, I also overcooked the descent to the valley; it was an odd mixture of not enough breaking with a fear of applying too much breaking with no visibility. It turned out OK, but I think I'd carry oh, about half as much speed, next time. 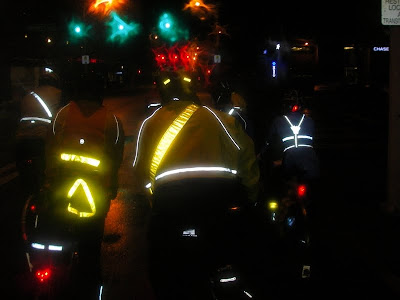 We had a guest along for the ride -- world famous blogger and wet weather clothing tester, TRFKAF. Cecil came too. I had not ridden with Cecil and Floyd since the Berkie 200 in the Spring. Believe it or not, we agreed that the Berkie was much wetter. Yeah, no kidding. 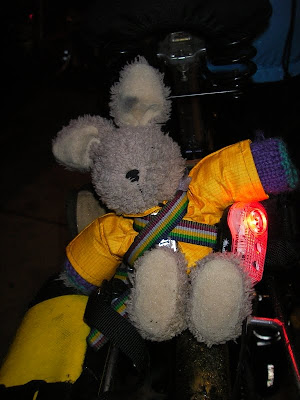 We spent a bit of time stinking up the grocery store in North Bend. I think this was just after midnight. Robin looks tired, which I don't understand; he checked the "go fast" box on his Waterford order form. Somehow I missed that box. I will need to talk to Richard about that. 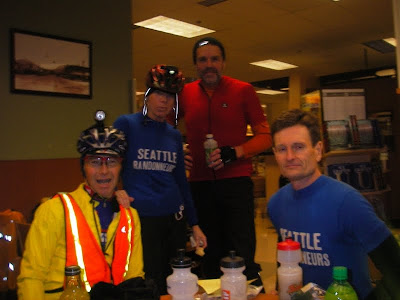 The researchers at Very Big Sports Food Company Of America would not be happy with Vinnie's food selection here. Real food; it's for controls. 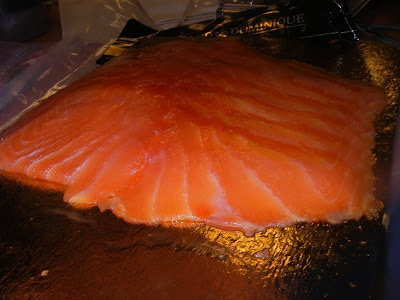 We later stopped at a less luxurious gas station control in Newcastle. We made up for the food with extra stink. This stop was a bit odd. It felt like we were in a movie about all the strange things that go on at a mini-mart in the middle of the night. We did our part to contribute to the scene. 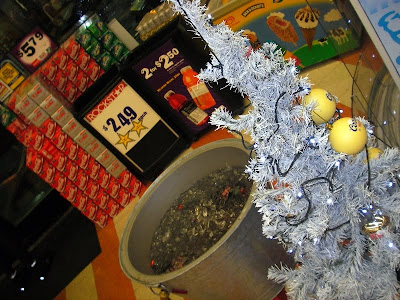 We've been talking about these burritos all fall. I have not tried one twice yet. 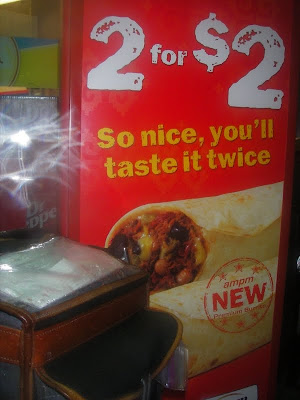 Mark brought along a weather appropriate pen. "Rite in the Rain."

Robin brought along his "go fast" pen. He claims this is the secret to his speed. I'm going to buy one and attack! 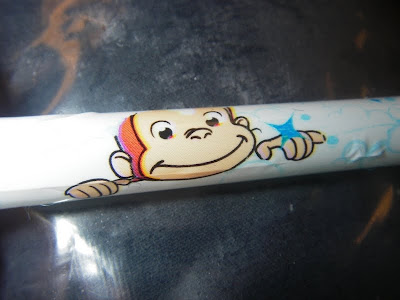 It didn't matter what kind of pen Steve had. His control card was a bit moist. 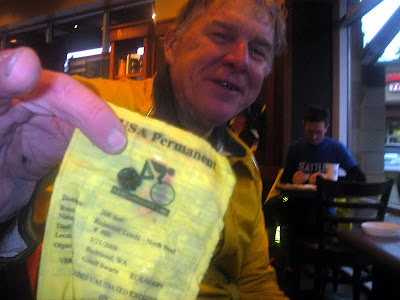 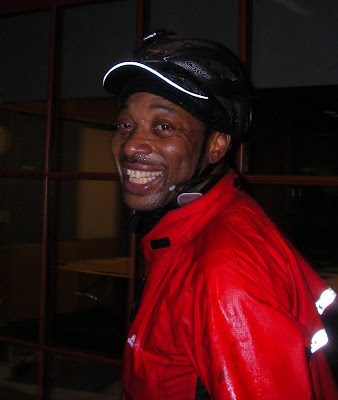 When we got to the finish, there was no question, no question at all, who today's winner was. Vinnie isn't one for records, but he likes riding his bike with his friends. I did spy a tiny little extra smile as he handed in his card.

Monday morning Vincent broke the legendary Dan Driscoll’s 2007 record of 21,244 K in RUSA rides. Vincent now has 21,307 K of RUSA rides for 2009… and he’s not done for the year! It is fitting that Vincent broke the record on a truly rando ride – the first annual (?) Winter Solstice ride … riding through the night, in the rain, with a dozen other odd ducks.

When you then add in his international riding – the Granite Anvil 1200, t he Sydney-Melbourne 1200, his riding in the Pyrenees – and the PAC Tour Mountain week, it is simply astounding.

It’s been great riding with you this year !