No not beer goggles... 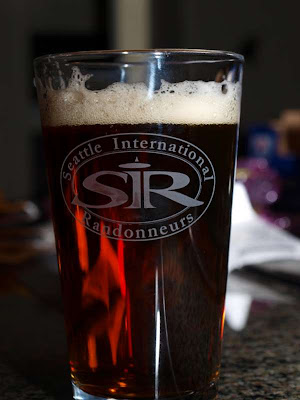 So I was ordering up some solstice ride buttons from my button guy (everyone has a button guy, right?), and I was surprised to see the package arrive marked "Fragile." 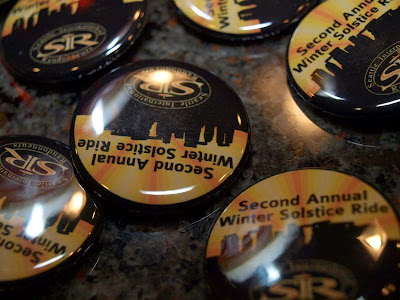 What's this?  Are buttons now fragile?  Should I be careful not to over inflate them? Can they no longer be jostled on a lapel without failing catastrophically? Should I save them for event day and stick with pins for more pedestrian efforts?

No, rest assured, the buttons are as tough as ever.

My button guy decided to throw in a lovely etched beer glass as he has some new production toys to play with.  For SIR, I'm sure it was a toss up between beer glasses or a demitasse.  After concluding that a demitasse would be insufficiently manly to appeal to a wide audience, he went with the beer glass.

So why am I telling you all this?  Well, first, I wanted to show off the buttons which can be yours for the princely sum of zero dollars if you come to the solstice ride.

Second, if there is sufficient interest in obtaining your own SIR beer glass, I'd be willing to handle a group buy. 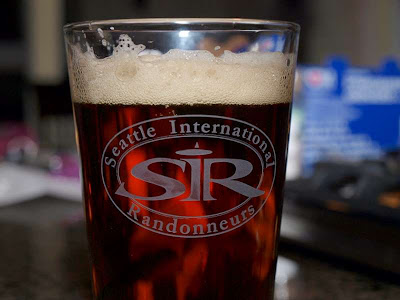 Let me know if you are interested in beer glasses.  (Beer not included.)